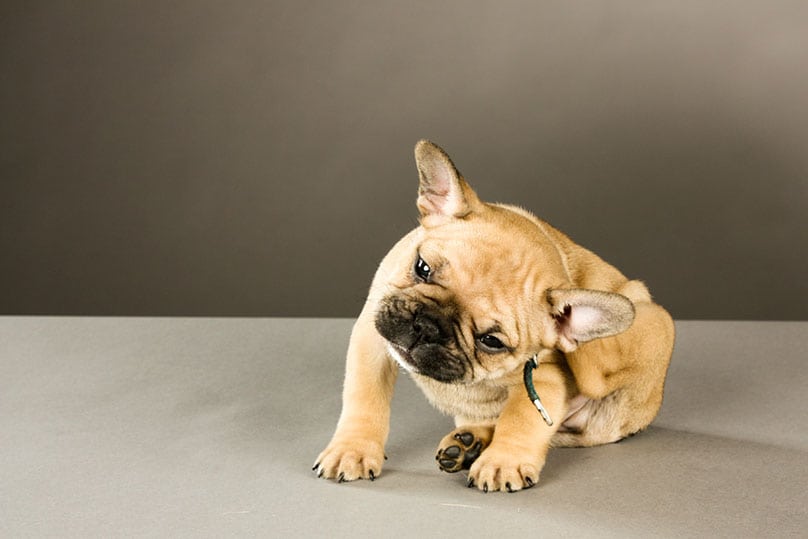 Skin yeast infections in dogs are one of the most common types of infections treated by veterinarians every year. Did you know:

What is Canine Yeast Infection?

Canine yeast infections are produced by colonizing fungal microorganisms that emerge from an imbalance of “good” bacteria and “bad” bacteria. In dogs, yeast skin infections begin when the Malassezia pachydermatis fungus outnumbers beneficial bacteria and produce symptoms of otitis (ear infection), seborrheic dermatitis (skin infection), or both. Yeast pathogens thrive in moist, warm, dark conditions such as those found in the ears, armpits and between the toes. If an affected dog does not receive effective medication like probiotics for dog’s yeast infection, sites will enlarge, spread and infect other parts of the dog’s body quite rapidly.

Canine yeast infections commonly target the dog’s ears, between their toes or under their armpits where hair is less thick and moisture remains. Dog with deep folds and wrinkles in their skin (bloodhounds, Shar-Pei’s. basset hounds and cocker spaniels) are also vulnerable to developing itchy, painful yeast infections. Unless a reliable, quick-acting treatment such as beneficial bacteria is administered, the infection will spread, become intensely irritating to the dog and causing them to scratch and chew frantically at the yeast infection.

Possible triggers of a yeast infection include: 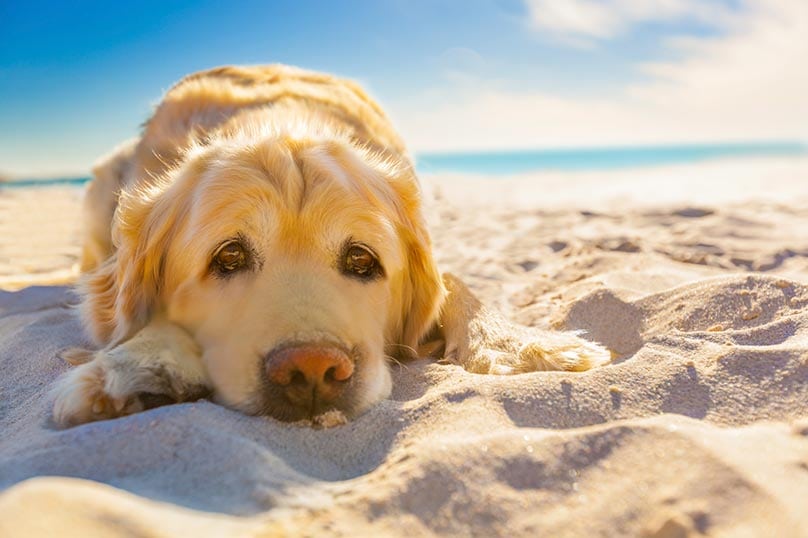 Prolonged exposure to hot temperatures can cause a yeast infection.

Signs of a Canine Yeast Infection 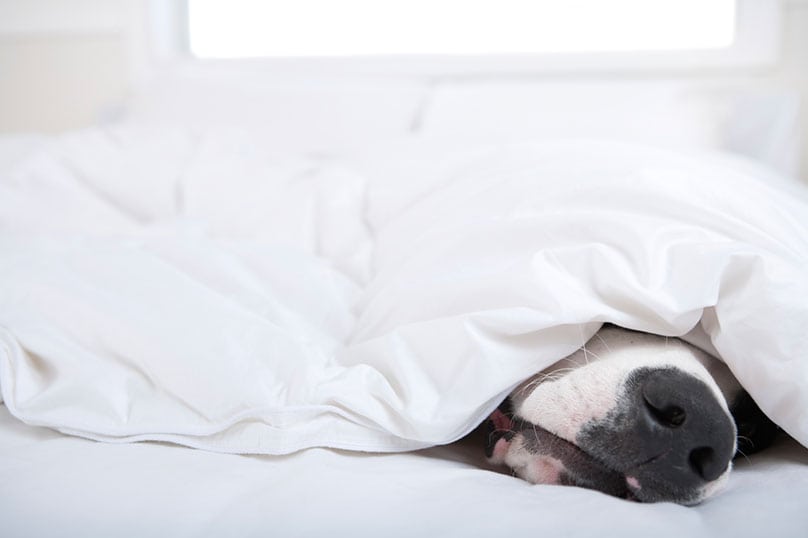 Lethargy can be one of the symptoms of a yeast infection.

Dogs with floppy ears (cocker spaniels, poodles and Labrador retrievers) or hairy, inner ear canals (schnauzers) are susceptible to suffering chronic ear infections. Once yeast cells take over in the moist, dark areas of a dog’s ears, the ensuing ear infection continues spreading into the inner ear and eventually causes fluid build-up behind the eardrum. Unless treated, the eardrum can burst from fluid pressure and irreparably impair the dog’s hearing.

Veterinarians examine a skin sample under a microscope for evidence of yeast cells, bacteria, mites or anything else that may be causing the skin or ear infection. A direct impression of the infection can also be taken by simply pressing a microscope slide or piece of acetate tape onto the sore. A vet will also take seepage and wax samples from dogs with ear infections. When veterinarians suspect food allergies are causing a yeast infection, they will order food allergy trials to determine which foods are disrupting the dog’s immune system.

In most cases, veterinarians will prescribe one or more the following:

Yeast infections are often resistant to topical and oral medications and tend to flare-up repeatedly even after medications have eliminated the infection. Yeast cells have a unique ability to mutate quickly or adapt to changing environments, which makes them resistant to synthetic medications that are not formulated to eradicate new types of yeast cells. 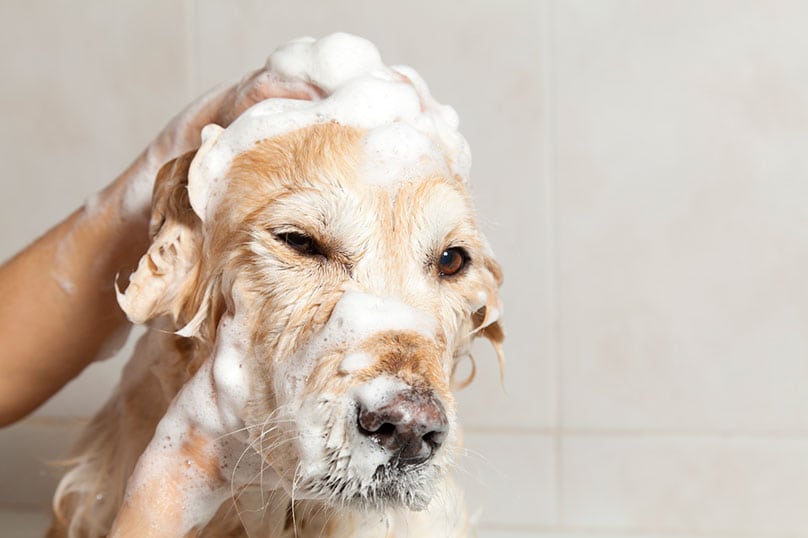 Consisting of beneficial living microorganisms that live in the gastrointestinal tract of dogs (and humans), probiotics play an essential role in keeping dogs in excellent health and preventing yeast infections from developing on the skin and ears. The “good” bacteria in probiotics colonize, overwhelm and eliminate “bad” bacteria existing in the dog’s gastrointestinal tract by producing SCFAs (short-chain fatty acids). SCFAs stop the growth of harmful pathogens, such as clostridium perfringens, E. coli and Malassezia pachydermatis, the most common cause of canine yeast infection.

Using probiotics for yeast infections also means dogs do not need to suffer the undesirable side effects caused by prescription medications. In addition, probiotics not only treat and eliminate yeast infections but can also help prevent fungal skin and ear infections by significantly improving and maintaining the general health and well-being of dogs who take probiotics regularly. 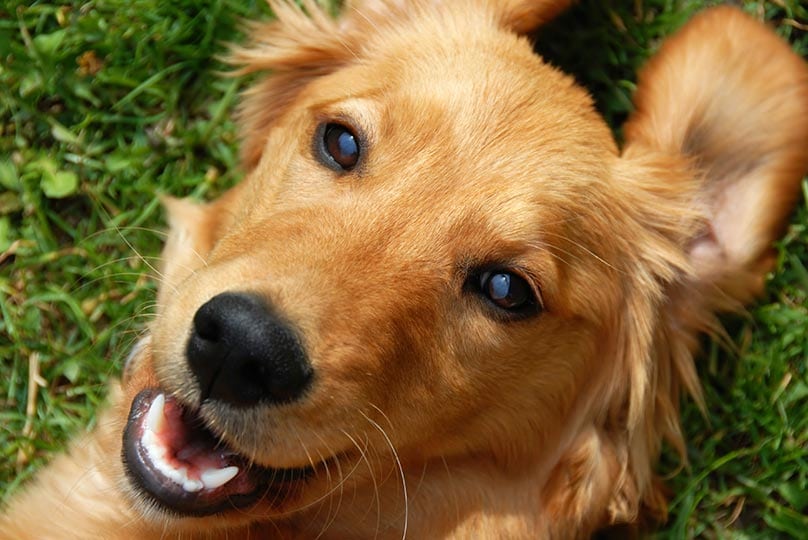 Disclaimer: the advice and information in this article is not intended to be used as a replacement for seeking medical attention if your dog has a yeast infection or other health issues.