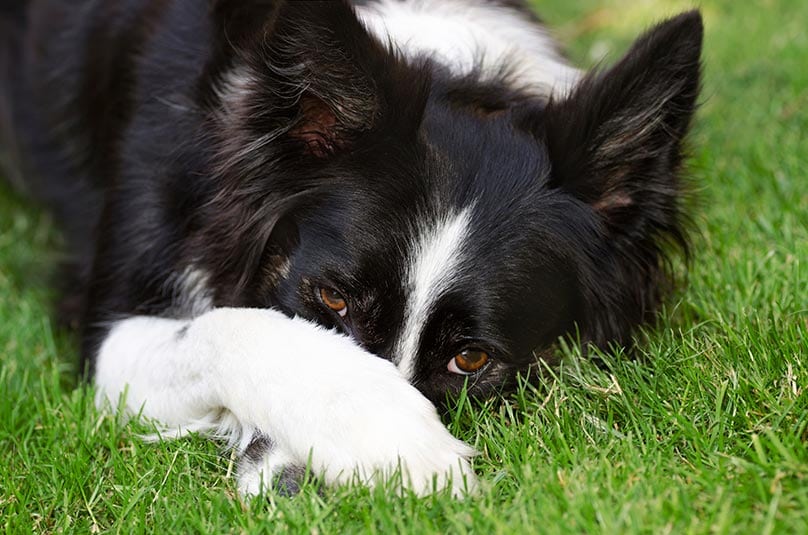 “My dog has the worst breath!”

It’s one of the most common complaints heard by veterinarians from desperate dog owners who don’t know how to rid their dog of smelly breath. Causes of bad breath in dogs include:

Since chronic halitosis in dogs is usually indicative of a bacteria infection, canine probiotics is one of the most effective treatments for eliminating canine halitosis. Supplementing a dog’s diet with probiotics will restore healthy levels of beneficial bacteria in the intestines to enhance a dog’s overall health and prevent sulfur-producing anaerobic bacteria from breeding in the dog’s mouth.

Just like human bad breath, dog bad breath is caused by anaerobic bacteria, a species of bacteria that prefer low-oxygen, debris-filled environments such as a mouth full of plaque, tartar, mucous and infection. Ear and respiratory infections also contribute to anaerobic bacteria growth, which is why dog owners notice even worse bad breath in dogs with sinus and ear infections.

Dogs suffering periodontal disease will have visible yellowing of their teeth, especially near the gum line. This yellowing is called plaque, a combination of anaerobic bacteria, mucous, saliva and mouth debris that eventually hardens into tartar unless removed by a veterinarian. Tartar accelerates development of gum disease, receding gums, bleeding gums and painful abscesses. It also worsens bad breath since tartar is highly concentrated protein layers on which anaerobic bacteria thrive. 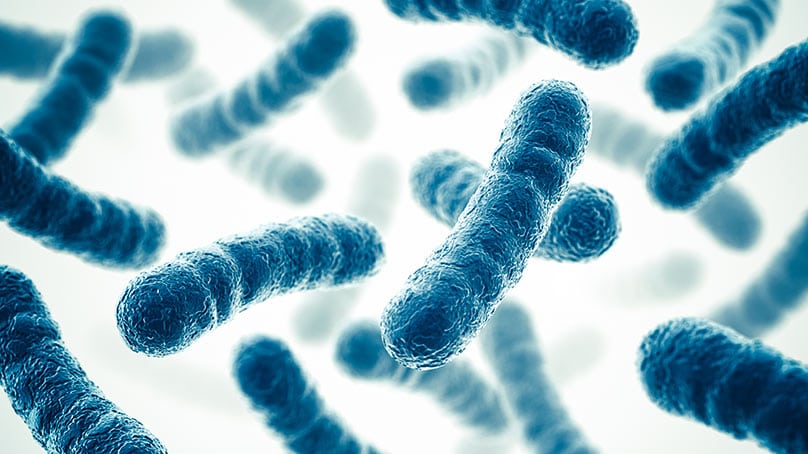 What are Anaerobic Bacteria?

Anaerobic bacteria secrete sulfur compound gases such as methyl mercaptan and hydrogen sulfide that have been compared to the putrid odor of spoiled cabbage and rotten eggs. Other pungent molecules identified in anaerobic bacteria waste include volatile compounds called skatole, putrescine and cadaverine, which contribute to the foul odor of existing sulfur compounds.

Antibiotics Won’t Get Rid of Bad Breath in Dogs

Anaerobic bacteria are also highly resistant to antibiotics because they produce enzymes called β-lactamases. These enzymes encourage bacteria to evolve rapidly into slightly different bacteria that cannot be killed by antibiotics. Consequently, when dogs are repeatedly given antibiotics to treat a recurring respiratory or ear infection, the chronic nature of the infection is being perpetrated by ever-evolving anaerobic bacteria can resist antibiotics. 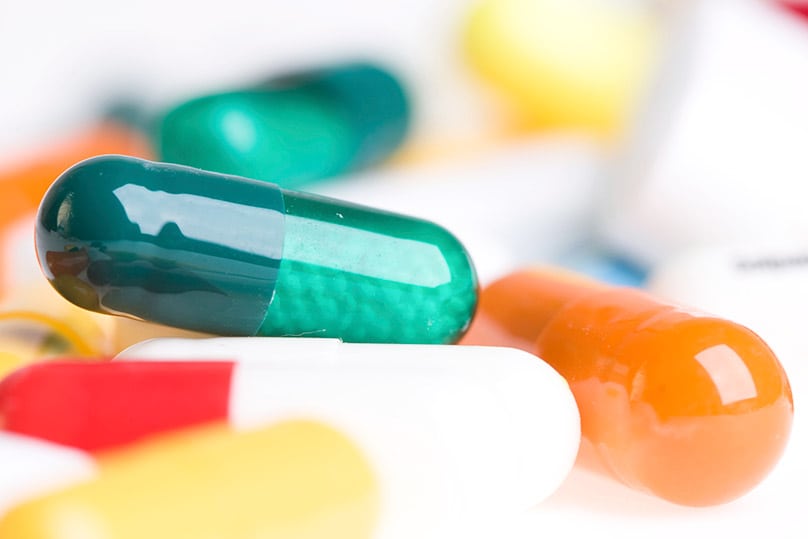 Dogs suffering oral yeast infections due to an imbalance of bacteria in the body may develop more serious health issues, such as joint pain, chronic infections and even heart problems because of a compromised immune system that cannot fight disease adequately.

Yes, dogs do have tonsils and they can get infected just like they do in humans. Systemic infections, frequent vomiting, oral disease and chronic coughing are common culprits of tonsillitis in dogs. In addition to causing bad breath, canine tonsillitis may also produce fever, drooling, a reluctance to drink or eat and visibly enlarged tonsils. Dogs can also suffer from tonsil stones, which are tiny, calcified pieces of bacteria, mucous and oral debris that form and lodge in the tonsils. Tonsil stones smell horribly (they do in humans, too) and smell even worse when they fall out and are accidentally chewed by the dog. 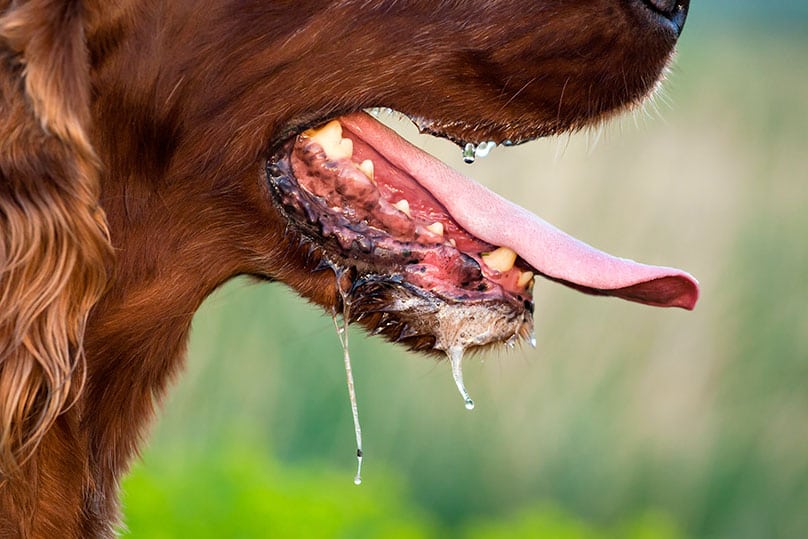 Canine tonsillitis can cause drooling.

Bad breath can also come from a dog’s gastrointestinal tract. Stomach inflammation and vomiting may occur if the dog has eaten something that irritates the stomach lining. Chronic gastritis accompanied by acid reflux not only destroys a dog’s esophageal tissues but also contributes to severe bad breath by providing anaerobic bacteria with even more protein-rich mucous to feed on.

Other GI tract disorders that may contribute to bad breath in dogs include colitis, gastrointestinal obstructions (tumors, polyps), ulcers and the presence of excessive helicobacteria, a type of antibiotic-resistant bacteria transmitted by insects (especially flies) and other dogs. A heliobacterial infection inflames the lining of the small intestines and stomach and will cause pain, vomiting and diarrhea. Dehydration and vomiting directly promote bad breath because of the powerful combination of a chronically dry mouth and vomit particles remaining in the dog’s mouth.

In addition to taking your dog to a veterinarian for yearly examinations and dental check-ups, giving your pet probiotic supplements as part of a healthy diet plan will prevent “bad” bacteria from dominating the GI tract and provoking the development of disorders causing bad breath. In addition, because probiotics suppresses growth of anaerobic bacteria, dogs taking them are less likely to suffer oral diseases and the bad breath associated with plaque, tooth decay and gum disease.

Instead of overmedicating your dog with antibiotics, start giving your dog naturally healthy probiotics today so you can enjoy a lifetime of loving, wet kisses given by your happy, sweet-smelling dog! 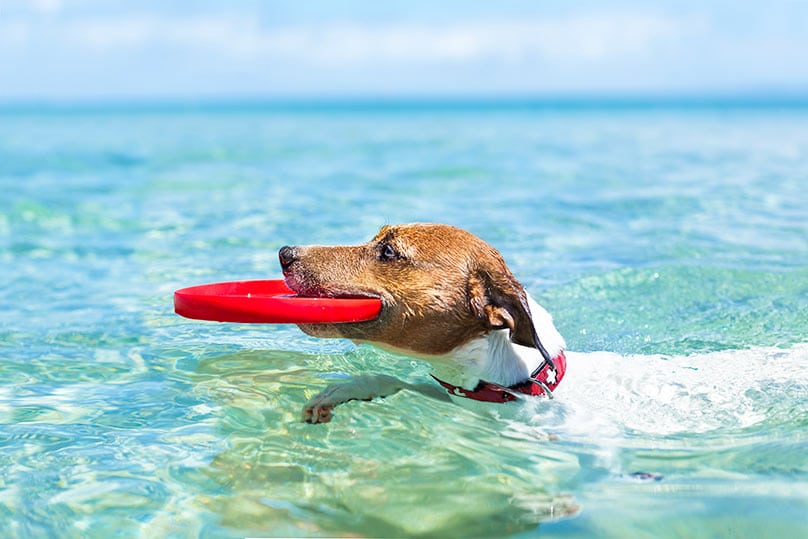 Disclaimer: the advice and information in this article is not intended to be used as a replacement for seeking medical attention if your dog has canine halitosis or other health issues.