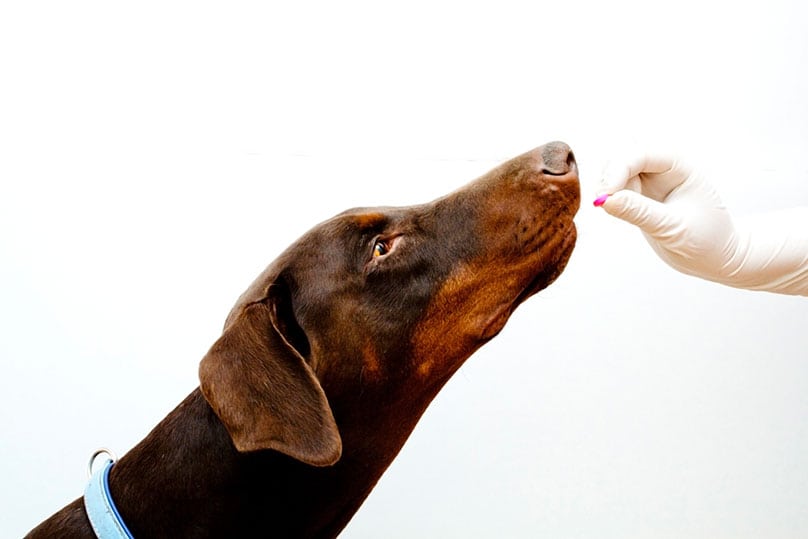 Antibiotics are typically prescribed by veterinarians to treat dogs suffering bacterial illnesses and infections. However, antibiotics can cause troublesome side effects, such as:

Consequently, dog owners are now supplementing with good bacteria from probiotics to minimize side effects and significantly improve their dog’s overall health and well-being.

When dogs develop bacterial illnesses such as kennel cough, urinary tract infections or staphylococcal dermatitis, veterinarians will prescribe antibiotics to kill or weaken disease-causing bacteria so that a dog’s immune system can attack and eliminate the bacteria more easily. Antibiotics are formulated to “ignore” canine body cells by being able to differentiate between regular cells and bacteria. For example, bacteria have cell walls while canine blood and tissue cells do not. Cells and bacteria also differ in the way their cell membranes function, especially regarding DNA replication and the manufacturing of proteins.

Antibiotics Do Not Work Against Viral Infections

Antibiotics cannot kill viruses because they are not designed to attack viral “machinery”. Completely unlike bacteria, viruses invade and kill other cells while bacteria multiply prolifically until they outnumber “good” bacteria. Unfortunately, antibiotics also kill bacteria that is beneficial to a dog’s overall health, cause side effects that can make the dog feel even more ill and promote antibiotic resistance. As a result of the contradictory response dogs have to antibiotics, many dog owners are discovering the health advantages of probiotics. 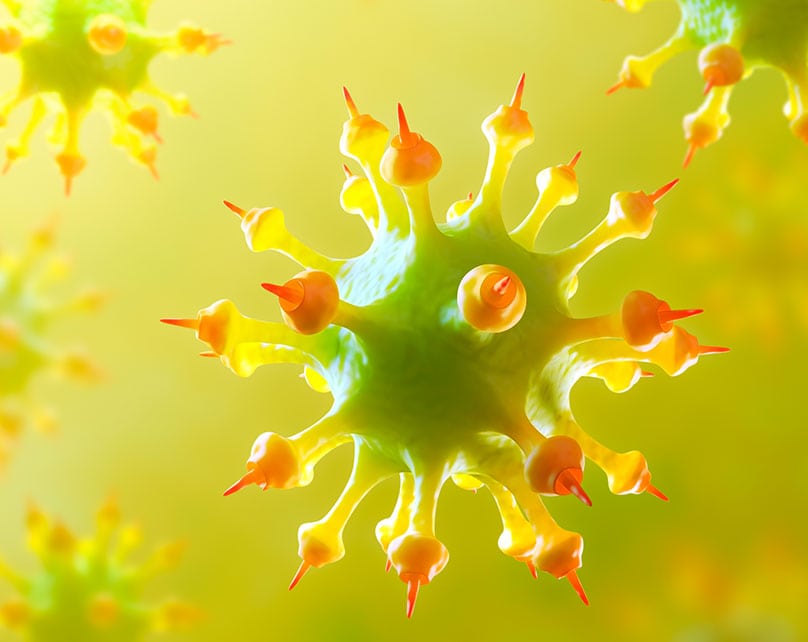 Antibiotics do no good against viral infections.

Beta-Lactams (cephalosporin and penicillen)–these antibiotics eliminate bacteria with cell walls by dissolving walls and forcing the bacteria to burst and die.

Macrolides (erythromycin) – macrolides target ribosomes within bacteria responsible for creating proteins. Without proteins to fuel a bacterium, it will die. Erythromycin is prescribed to treat canine skin infections and respiratory ailments.

Quinolones (levofloxacin and ciprofloxacin) – prescribed for treating pneumonia and bronchitis in dogs, quinolones interfere with the ability of bacterial DNA to copy itself. Without intact strands of DNA, bacteria cannot reproduce or live.

Albon (sulfadimethoxine) – Albon is a general antibiotic that treats a variety of bacterial infections by inhibiting reproduction of bacteria.

Amoxycillin – this antibiotic is similar in chemical structure to the one humans use and is prescribed for canine abscesses, skin infections and cellulitis.

Cephalexin – when a dog has an infection of the lungs, joints, bones or urinary tract, vets will often prescribe this broad-spectrum canine antibiotic to inhibit bacterial and/or fungal reproduction. 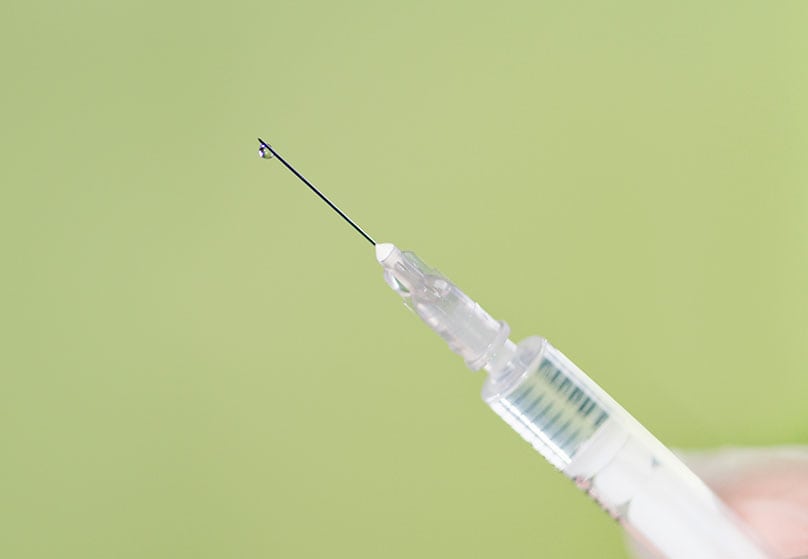 Penicillen is one of the commonly prescribed antibiotics given to dogs.

2. Irritable bowel syndrome, an inflammatory disorder characterized by diarrhea, vomiting, dehydration and abdominal pain. Untreated IBS can also lead to shock and coma due to severe dehydration as organs start failing and systems start shutting down.

3. Since antibiotics can lower immune system functioning by disrupting bacteria levels in the intestines dogs are susceptible to having high white blood cell counts and recurring fevers that indicate an infection exists somewhere in the body.

4. Kidney or liver disease have been known to affect dogs on a regimen of antibiotics, especially if they are taking a combination of antibiotics and Immunosuppressant drugs. Both suppress immune system functioning and can leave the dog vulnerable to organ failure and systemic infections.

5. Blood in the urine of dogs taking antibiotics is not unusual as the imbalance of good/bad bacteria worsens, allowing health problems like kidney stones, UTIs and allergic reactions to antibiotics to produce bloody urine. 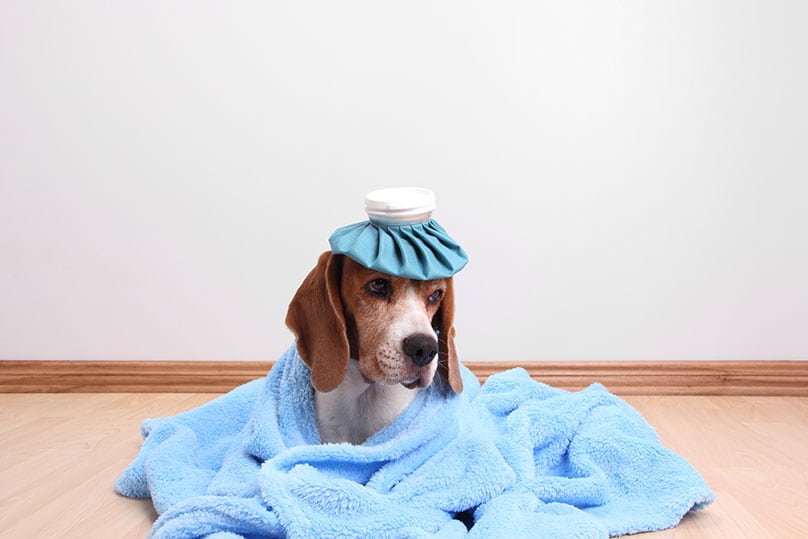 Antibiotics can cause recurring fevers because they lower the defense of the immune system.

Giving probiotic supplements to your dog while they are taking antibiotics will help restore and maintain good bacteria levels in their intestines while significantly improving immune system functioning to facilitate elimination of an infection. Probiotics contain nothing but naturally beneficial bacteria and is the only effective, holistic method of preventing overgrowth of bad bacteria.

Additional benefits of dog probiotics include:

By keeping your dog’s GI system functioning at peak level, probiotics will help dogs enjoy the strength, vigor and fitness necessary for them to live long, happy lives. 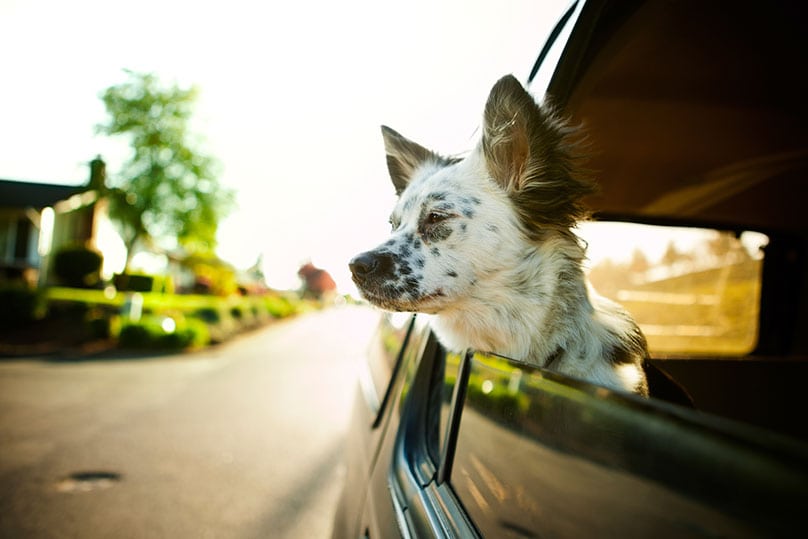 Ensure your dog stays off antibiotics with probiotics!

Disclaimer: the advice and information in this article is not intended to be used as a replacement for seeking medical attention if your dog is experiencing side effects from antibiotic use or other health issues.