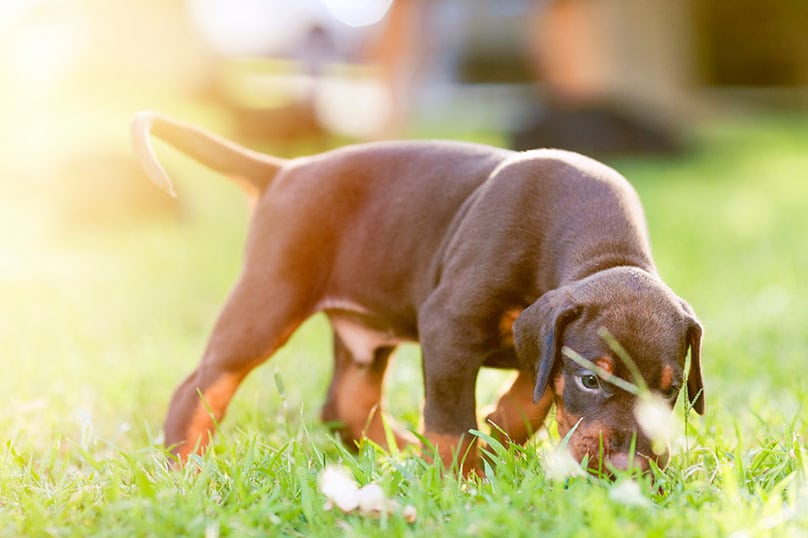 Food, airborne and skin allergies affect dogs as commonly as they do humans. Facts about dog allergies include:

For reasons not entirely known, the canine immune system sometimes overreacts to substances called allergens (most are proteins). Once these allergens attach to immunoglobulin antibody molecules in the bloodstream, they start targeting mast cells that exist in body tissues and force mast cells to release an inflammatory chemical called histamine. This chemical causes the classic signs of a respiratory allergy attack–itchy eyes, sneezing, swelled mucous membranes and congestion.

Once histamine enters the blood, tissues surrounding blood vessels constrict and leak fluid. This is why nasal and eyes tissues swell, water and redden. In addition, histamine stimulates production of white blood cells that attempt to expel the allergen from the dog’s body by further irritating tissues and making the dog sneeze and cough. How sensitive the dog is to an allergen coupled by how long he is exposed to the allergen determines the severity and duration of symptoms.

Symptoms of Airborne Allergies in Dogs 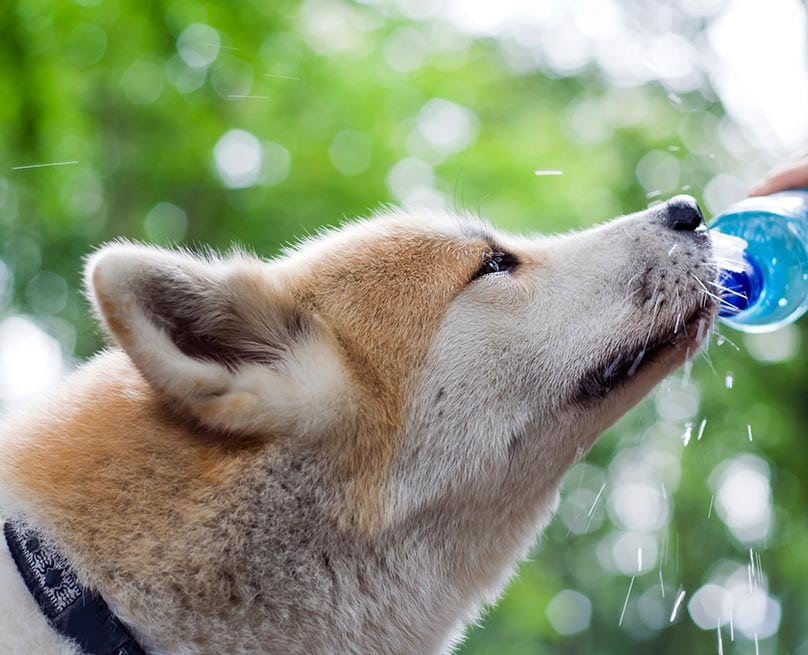 Increased water consumption can be a sign of an airborne allergy.

Symptoms of Food Allergies in Dogs

Soy, wheat and corn fillers are the most common culprits of food allergies in dogs. However, dogs can also suffer allergic reactions to meat and dairy products. Symptoms presented by dogs with a food allergy include:

Reverse sneezing occurs when dogs forcefully expel air through their nose and then do the exact same thing in reverse by inhaling the sneeze back into their nose immediately after sneezing.

Dogs experiencing reverse sneezing fits will snort, wheeze and sound like they are having trouble breathing. However, a fit of reverse sneezing eventually resolves itself in about 30 to 60 seconds and has no negative health effects on the dog. Veterinarians call reverse sneezing “paroxysmal respiration” and attribute this type of sneezing to allergies and respiratory infections. Dogs with long, narrow noses and narrow nasal passages (collies, Afghan hounds, German Shepherds) tend to suffer reverse sneezing fits more than dogs with shorter noses. 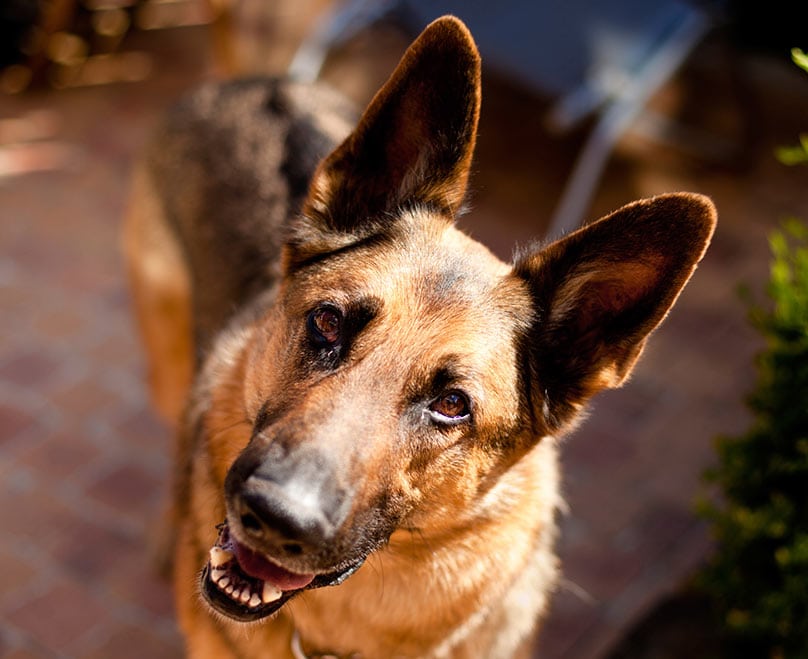 Dogs with longer noses like the German Shepherd tend to be more susceptible to reverse sneezing.

Confirming a case of a respiratory allergy is done by a veterinarian performing one of two tests: the enzyme linked immunosorbent assay (ELISA) test or the RAST (radioallergosorbent) test. Both tests detect allergen-specific antibodies in the blood if the dog is allergic to something but the ELISA test provides more accurate details about specific antibodies in the dog’s bloodstream.

Intradermal tests may also be indicated if the dog is having allergic reactions but the exact cause of the allergy is not know. A patch is applied to the dog’s skin and the veterinarian will then inject possible allergens into the dog’s blood until the patch reacts to one or more of the injections. 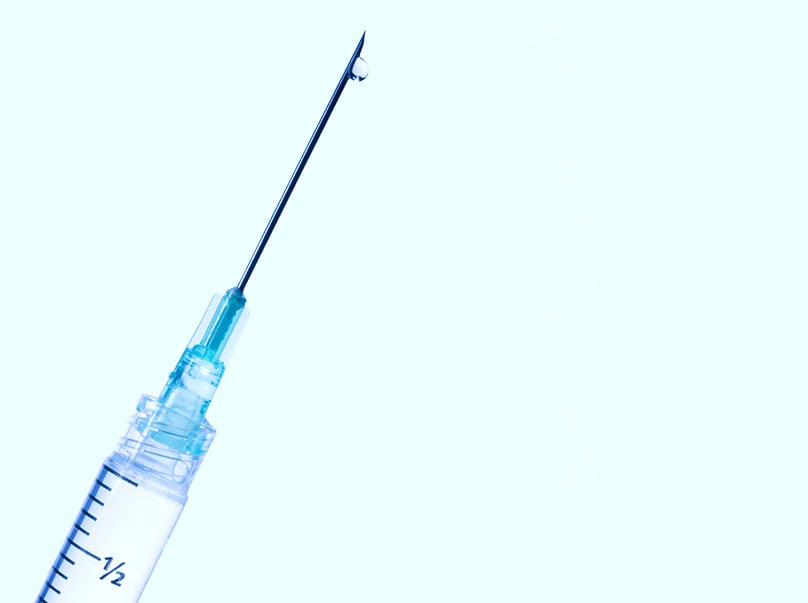 Humans and dogs need sufficient amounts of “good” bacteria in their gastrointestinal tracts to properly digest and release food nutrients into the body. Illness, dietary changes, stress, medications and systemic disorders can upset the balance of “good” bacteria and “bad” bacteria in the intestines, creating a wide variety of chronic health problems for dogs–including allergies.

Probiotics are bacteria living in the canine gastrointestinal tract that maintain healthy digestion and facilitate the production of vitamins and minerals from food. Two types of probiotics are specifically advantageous to a dog’s health--Enterococcus faecium and Lactobacillus acidophilus--because they kill harmful bacteria like E. coli and stop them from reproducing and colonizing in the GI tract. Probiotics also promote production of lactic acid, a chemical that helps increase intestinal acidity. Many disease-causing bacteria cannot exist in GI tracts with high acidity levels.

When you use probiotics, a dog’s allergy symptoms diminish or disappear altogether as levels of “good” bacteria rise rapidly in the GI tract. Probiotics not only have positive effects on the dog’s overall health but also directly promotes optimal functioning of the immune system to suppress its over-reactivity to allergens. Unlike antihistamines and cortisone injections, probiotics do not cause side effects because they do not contain anything but naturally occurring bacteria that gently and safely restores your dog’s health and stops allergy symptoms from reducing the dog’s quality of life. 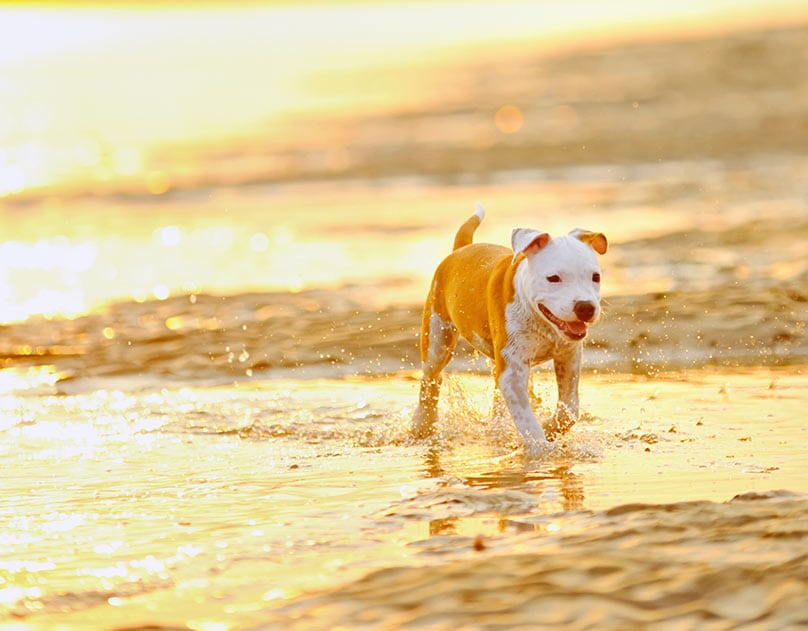 Probiotics can help your dog be allergy free!

Disclaimer: the advice and information in this article is not intended to be used as a replacement for seeking medical attention if your dog has allergies or other health issues.